Although the conversation on the Future of men at the Storymoja Festival last year didn’t quite materialize as expected, a number of us felt that this conversation was too important for us to give up on. So we hoped to continue the discussion at the Creatives Academy with the topic “Careers in Writing,” which we held on February 28th. 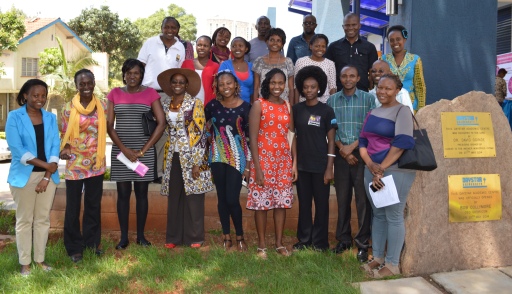 The guests of the day were Oyunga Pala, Jackson Biko, Chris Lyimo and Mwalimu Andrew. For each of the four men, writing does pay some – if not all – their bills. Joel Amadi, one of the students of Creatives Academy, has penned an article on just how inspirational the meeting was.

For me, the theme that stood out was the wider space for men to speak and be heard. Yes, you heard me right. Oyunga Pala explained that when he started writing the Mantalk column, there was no space for women, but neither was there any space for men who were not part of the slim minority covered in the headline news on politics, the back page news on sports, and the middle pages on business. It took a while for his column to be accepted, and he penned it for eleven years before handing it over to Biko.

Chris Lyimo, on the other hand, approaches men’s voices from the perspective of addictions and recovery. For him, writing about his recovery from alcoholism was an expression of the reality that men “do have tear ducts,” and that many times, men’s dysfunctional behavior, such as violence and addiction, is a result of feeling inadequate and having no way to express it.

As expected, Mwalimu Andrew told us about the challenges and fulfillment of writing his humor column about a teacher at a school at Mwisho wa Lami, who deals with village life but interacts enough with city life to have a humorous perspective of both.

Creatives Academy that day was generally a new space for a new expression of manhood. And this time the conversation was less acrimonious because most of us 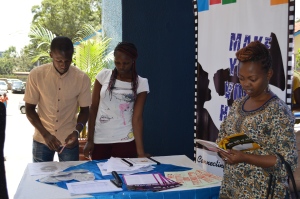 women were mesmerized by the fine-looking Kenyan men articulating the realities of today.

The session was kindly sponsored by Hivos Foundation, with whom we’re partnering with especially in promoting the Global Dialogues contest. Global Dialogues is meant to provide youth with a platform to tell unique and fresh stories related to gender, violence and HIV-AIDS.

We are proud to partner with Hivos, and we’re glad that they support fresh conversations that reveal that even the dominant conversations on men are grossly skewed in the favor of a few.

One thought on “MenTalk: Expanding the space for men’s voices at #CreativesAcademy”

Thank you for voting for us as the best education blog!

Click below to learn about the Global Dialogues contest